Whitney Houston "Can I Be Me" Screening @ LA Film School

PHB Music is honored to have an opportunity to inspire purpose and share a positive message with the future generation of Filmmakers, Recording Artists, Producers, Engineers, and Entertainment Industry personnel after the screening of "Can I Be Me" at LA Film School, along with L.E.A.D., Power of Positive Music Movement, and other special guest speakers! Pattie Howard, CEO of PHB Music who is featured in the film stated "It's another opportunity for me to shed a positive light on Whitney Houston's achievements which I thoroughly intend to do! ❤️.  It is an absolute honor." 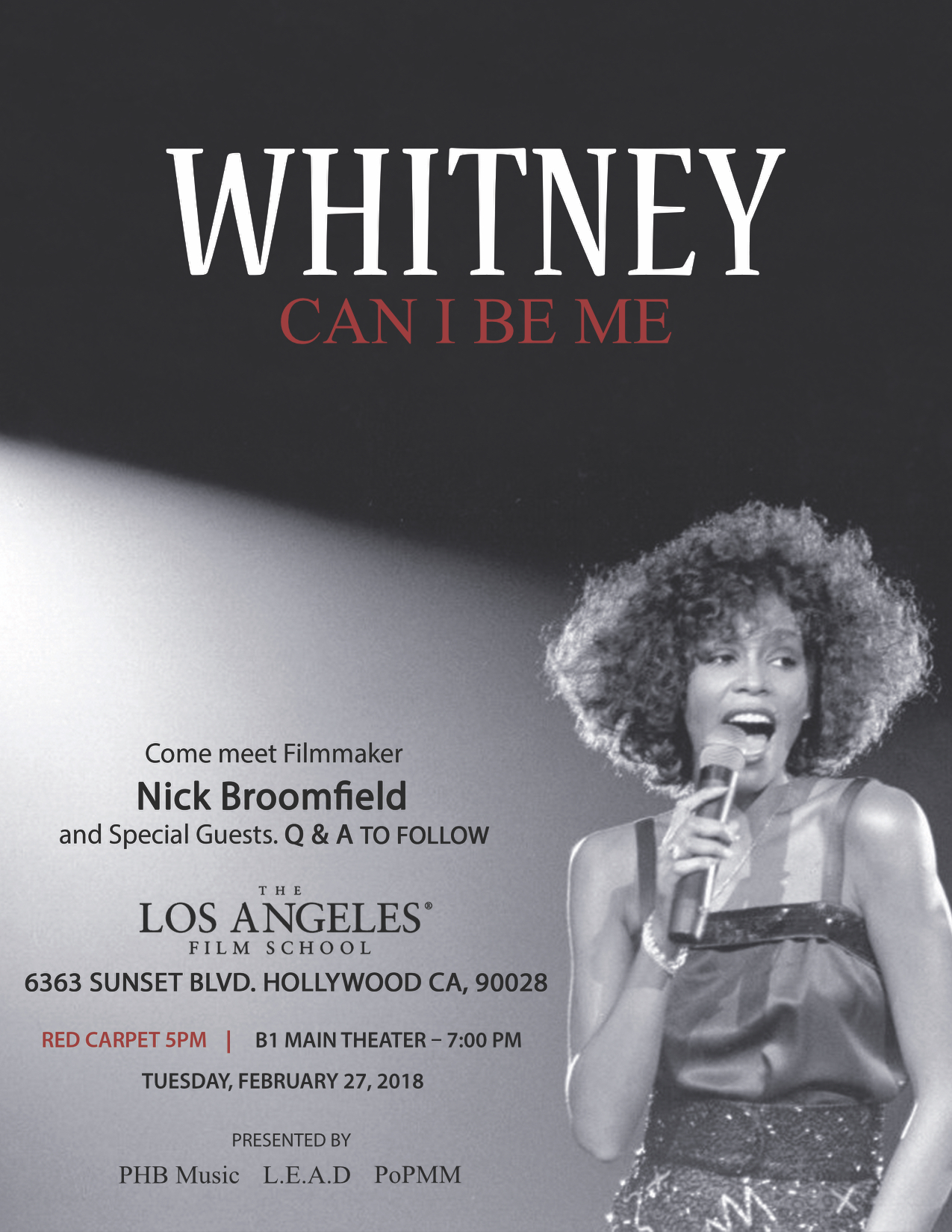 Danny Jones, The Sparrows Movie, and Film Composer of The Year

PHB artist Danny Jones is making his mark as a composer in the film genre.  His song "Run" is featured on THE SPARROWS:NOW & THEN CD soundtrack and will be released soon by NEW DAY/SONY ENTERTAINMENT. 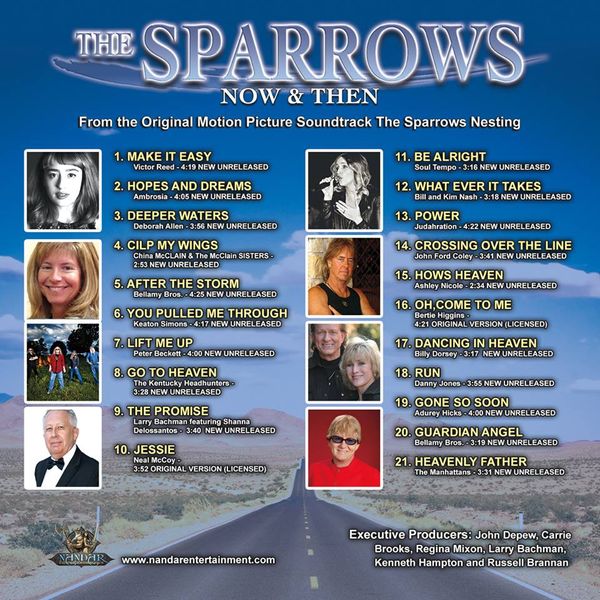 Danny also received another award for Film Composer of The Year in Dallas, TX. 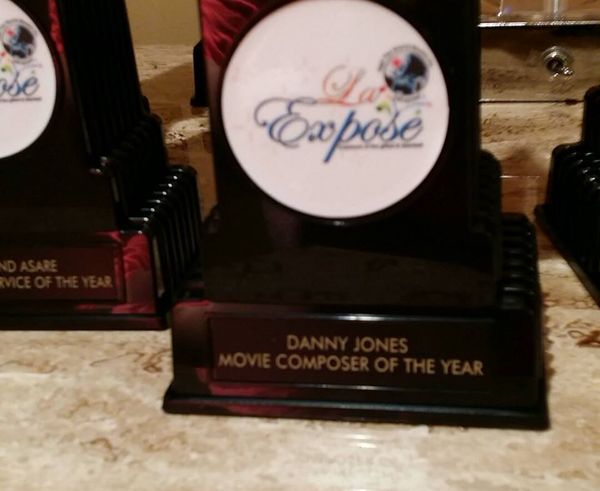 The third quarter is looking good at PHB as the company welcomes Linda McCrary to it's artist roster!  A veteran singer, songwriter, and member of the acclaimed McCrary Family, Linda brings her powerful vocal style and spiritual conviction to the PHB family.  Her new release "Help Me To Forgive" is the theme song ushering a movement of Forgiveness, a campaign to spread the message of Forgiveness impacting this generation and generations to come.  Check out Linda's Blog on Ascendconference.org for more detail. "Help Me To Forgive" is available on Amazon and iTunes.

Wondering what Pattie Howard has been up to?  Besides producing her first Country project soon to be released on the country artist Lucky Shy, Pattie is gearing up to release a new single that is sure to hit the airwaves sizzling and hard with her familiar funk and pop mix setting trends in Contemporary Christian music.  The new single, "Feel Me Heal Me" is set for release by the end of September, the first from Ms. Howard since her Light Records project "The Vision".  A full album will follow up with surprise guest vocalist.  Pattie's record is rumored to host an "A List" of musicians, producer's, and artist with a message of hope, survival, love, and victorious living through Jesus Christ.  This will be Pattie Howard's first release on her Label PH Balanced Music. 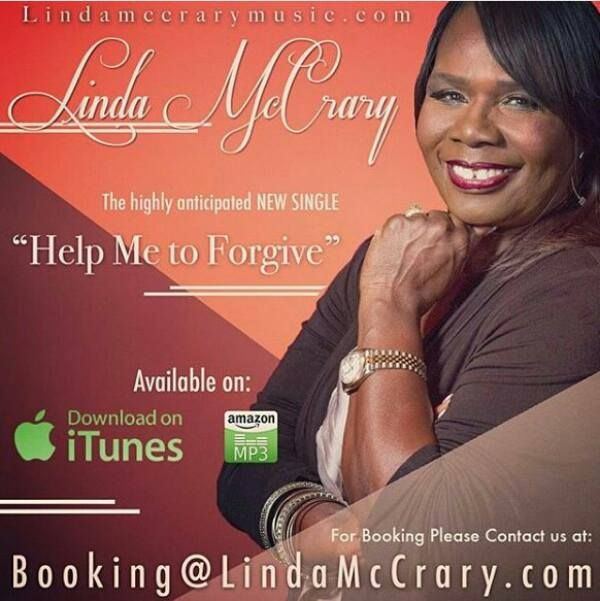 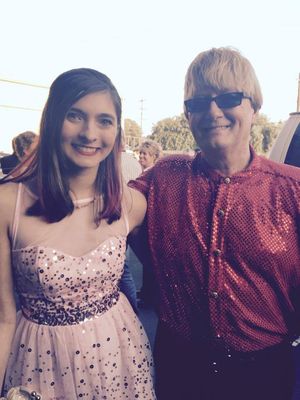 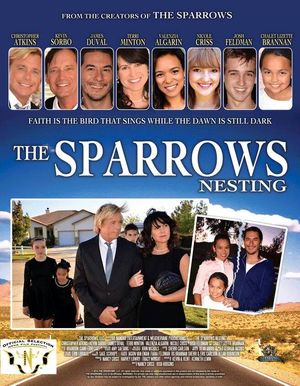 PHB Entertainment Artist Danny Jones performed live for the screening and premier of The Sparrows Nesting last night in a celebration of the films release. The premiere was held in the prestigious Charlie Chaplin Theater at Raleigh Studios in Hollywood CA.  Danny Jones' performed the title cut from his CD "Run" which is featured on the movies soundtrack.  Some of the artists in the Award Winning soundtrack include Danny Jones, Oak Ridge Boys, Disney's China Anne McClain, Bellamy Brothers, and many others. 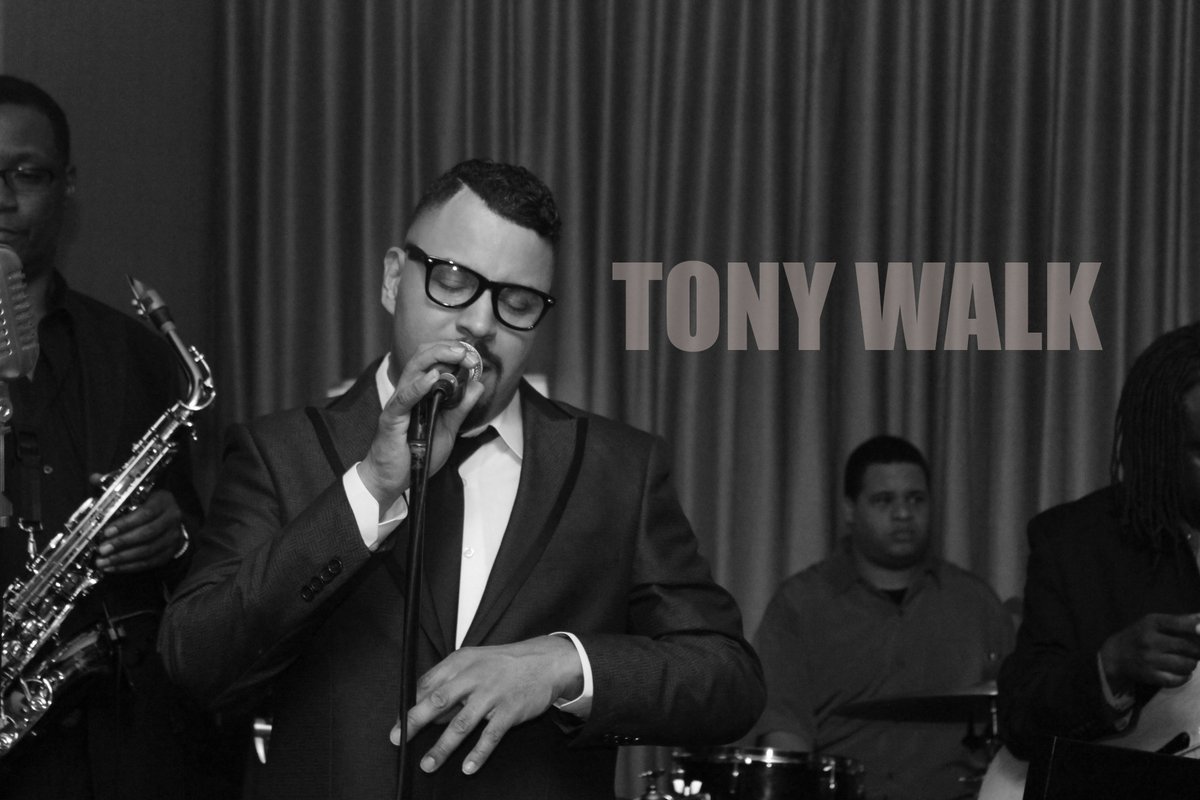 *Hollywood, CA. After spending years on the sidelines beautifying the likes of Diana Ross, Aretha Franklin, Destiny’s Child, Mikki Howard, Sheryl Lee Ralph and the late Vesta Williams, Sir Tony Walk has finally emerged center stage with the melodious voice and star appeal that was only foreknown to his closest friends.

Tony is a star in his own right and last night he dazzled the crowd along with Elaine Gibbs in West Hollywood at a private affair that left the audience spellbound. His look, his sound, his style and class is reminiscent of old Hollywood and a touch of the later days of R&B.  He is a cross breed of Nat King Cole and Luther Vandross, with just the right amount of Avant, Robin Thicke or Bruno Mars, blended with the organic flair that carves the uniqueness of Sir Tony Walk.

Enjoy this Valentine’s Day treat from EURweb as Tony transforms the classic “My Funny Valentine.” Like it, click it, share it, buy it but whatever you do, don’t sleep on this debonair balladeer Tony Walk. Coming to iTunes and music outlets soon.

Tony Walk- My Funny Valentine from April Carter on Vimeo.

Tony Walk’s debut album is titled Making Tony Walk, it is forthcoming this spring.  Tony’s “My Funny Valentine” video was produced and directed by April Carter of DeViant Entertainment. For more on Sir Tony Walk visit makingtonywalk.com.
Follow Tony at @makingtonywalk or friend him at facebook.com/tonywalkk  . For booking and other information contact Pattie Howard at  phbalancedmusic@gmail.com

Tony Walk's Valentines Day performance at Don't Tell Moma LA was a huge success as he serenaded his audience with love songs, showcasing his single release My Funny Valentine.  Appropriately titled " An Evening Of Love", Tony embraced his fans with a personal touch, going around the room and singing to the audience with his smooth velvet voice.  A host of celebrity friends including Miki Howard, Kalita Smith, Elaine Gibbs, and Norwood Young shared in the love during an on the spot open mike moment, as Tony passed the microphone.  Couple a great performance by Tony Walk with the comedic talents of Hope Flood, followed by a guest appearance from Elaine Gibb, and you have an unforgettable evening!  Tony Walk is slated for an appearance at H.O.M.E. in Beverly Hills for the highly anticipated release of his debut CD "Making Tony Walk" on April 11, 2014. 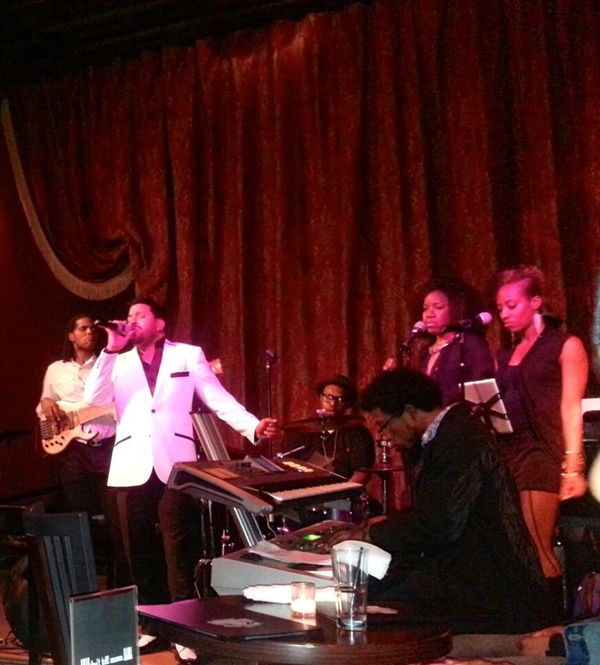 Singer composer Danny Jones is nominated for MALE CONTEMPORARY ARTIST OF THE YEAR at the 2014 Anjelica Records Music Love Awards on March 15, 2014.  Congratulations to Danny Jones and his continued success from the PHB Music family! 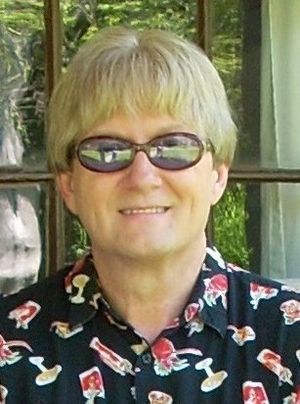 Grammy Award winner Terry Steele is now a member of the PHB Music family, with the release of a brand new single titled "Great Great God".  Produced by Pattie Howard, this moving and inspirational song demonstrates Terry Steele's ability as a master of lyric and melody, accompanied by his smooth tenor voice reminiscent of great Luther Vandross.  Great Great God is available on iTunes.  A full inspirational CD is coming soon and you can expect nothing but the best from this consummate Artist and songwriter.  Congratulations Dr. Terry Steele! 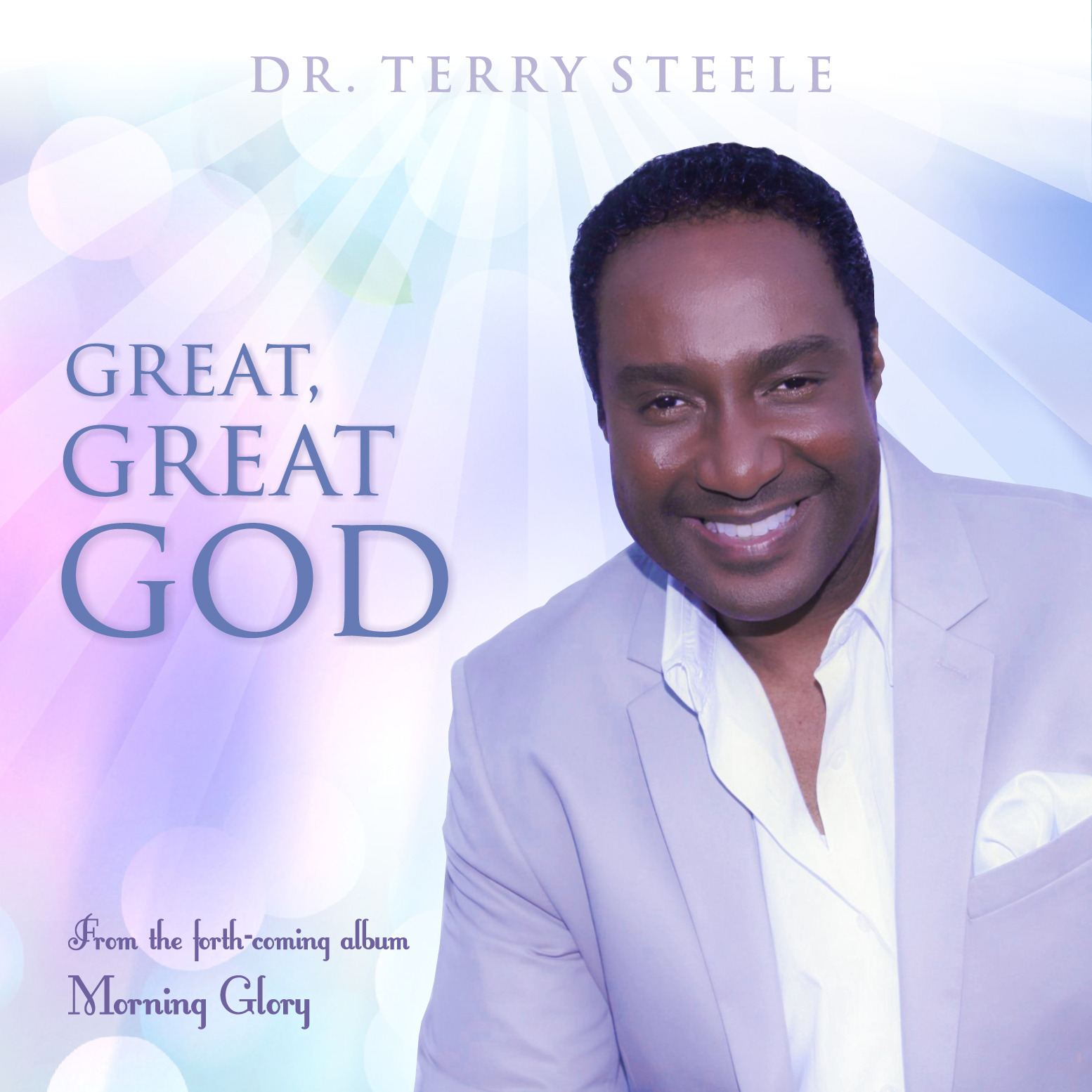 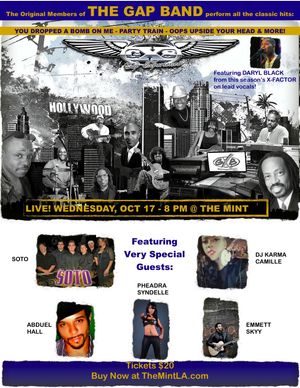 PHB Music is proud to announce that Abduel Hall will be opening for The Gap Band @ The Mint October 17, 2012 with other special guests! Get your tickets now at http://www.themintla.com/! 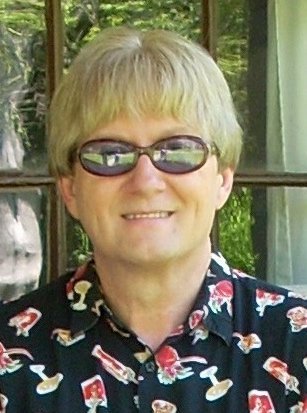 Congratulations to Danny Jones who penned the song 'My Penitent Heart" featured on the movie soundtrack for "In Mysterious Ways". Danny Jones is a prolific songwriter and an award winning artist who has scored and written songs for several films, including the upcoming release "Secrets In The Snow". ~PHB Music 2012