"All You Can Say Is Drugs, Sex, and Tragedy?"

I’ve spent most of my life being a quiet person and an observer but when it comes to certain people in my life, that I hold dear and I know was a God connection, I’m selflessly motivated to be transparent, motivated by my relationship with Christ and what is in my heart, in hopes that I can shed a positive light and love.

My heart is broken today by how Whitney and Bobbi Kris have been publicly portrayed in death. I'm somewhat speechless. This is all horrible. I haven’t seen the new Whitney film and my prayer is that it is not focused on what the reviews and the public are targeting, and I honestly believe it will be insightful.

I feel deeply saddened by the fact that yet another part of her life that brought her pain is now the center of discussion. I was in tears. Not only because of what was revealed, but because of what wasn't said. How she became who she was in spite of it. Im kind of at a loss for words reading how she is perceived and what everyone has concluded she felt. She felt different ways over time, at different times, like anyone else! Not just one sad tragic way!  Not just one tragically portrayed way! Who could be that sad, troubled, damaged, weak, all these negative descriptions and portrayals of her, and consistently feel that way for over 40 years of life straight, and survive accomplishing all that she did!!!!! That is the consistent overall portrait of her life that has so far been painted overall, targeted, and focused upon in life, and in death! You can’t tell me that someone out there didn’t know a more positive Whitney to portray.

WHERE IS THE PORTRAYAL OF WHITNEY HOUSTON who in spite of all that life and people threw at her still accomplished becoming the greatest singer in the world??? Im sick of the portrayal of Whitney Houston as this lost damaged drug addict self destructive person as told by many individuals whose paycheck was dependent upon her will to continue to champion life, and her continued breathing to even be able to draw that next breath that supported the incredible sound resonating from her entire being!

Let me be clear.  Im not talking about Whitney’s family, who are also enduring this public spectacle… Yes, they are going to tell her story from their perspective as is their right to do, but how many people do you know, including yourself, has disclosed and told their family members how they really feel about the darkest areas, the most difficult struggles, their greatest secrets, their most transparent assessment of the events taking place in their lives?! It is most commonly held in sacred confidence by the individual, or someone trusted to never betray that trust and the thoughts and feelings that were shared in confidence, or, not ever shared at all! Thats where the truth is about who she was and how she felt and the real answers to all the whys! The rest is just biased speculation based in partial truths.

It is human nature to protect the sanctity of family, by keeping some things private, understanding that what you say and do is a reflection on your loved ones and not just yourself. Whitney Houston understood this and was selective in what she shared for a purpose.  Her God given right to choose what was made public, to the best of her ability was exercised while she was living, thus the interviews. The rest is known only by God and Whitney Houston. Everything else is just bits and pieces from the perspective of the rest of the participants in her life. The legacy of Whitney is so insurmountably greater than the tragedy, or THE ENTIRE WORLD WOULD NOT PAUSE AT HER PASSING, the true assessment of the worlds view of her contribution to history, preceding all that has been said about her in death.

The heart of who Whitney is truly, only her mother holds a piece of, regardless of what Whitney did in her life  or didn't do, because she is the one person who has known her from the moment she arrived with the observation of who she grew up to be, loving unconditionally, the way only a mother can in relationship with her children.  She may not know the details of every moment, but she knows the essence, the spirit of who Whitney Houston is. Only God knows the rest.

The only other people that truly know are those who have held the most intimate, private feelings from Whitney’s mouth in confidence.  In the same manner you choose who you can trust to never betray your confidence, she also chose. Im exhausted by the portrait of Whitney that has been painted. I pray to God that this film champions her strength and tenacity, her brilliance, her fight to hold on to God and Christ thus allowing her to keep going on in life as long as she did, her loving and generous heart and spirit, her willingness to live and enjoy life under the microscope of judgement and public scrutiny and criticism (no matter how hard she tried to overcome media representation of her life while she was living), her joys, her triumphs, her love for her daughter and family, motherhood, and her relentless will to live life on her own terms by the grace of God while creating social change globally! Where is that story? Show me that movie.  That film. That portrayal. It’s very real.

Do you honestly believe that off stage and off camera over the course of, her entire career that there were no moments of significance where conscious decisions and planning and implementation of plans to change something in this world were not made and discussed and carried out?  The majority of the world has no reference for these accomplishments in her life because that has not been the media and public focus.  There was more to her than drugs and sex and tragedy, in the same manner as there is more to each of us than whatever our faults and frailties and tragic times are.  WAY MORE. I pray "THAT" is in this film.  Rest In Heavenly Peace Whitney Houston. 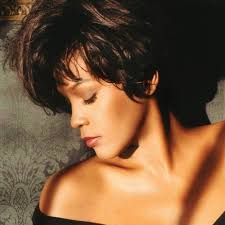